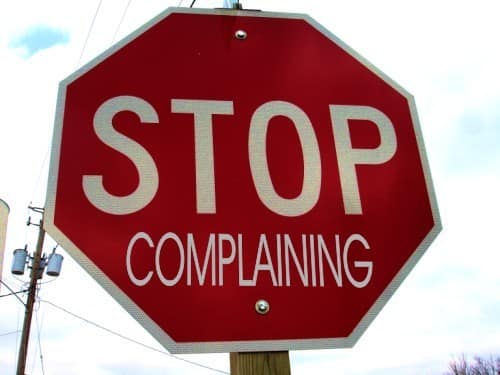 We aren't all just complaining - project me day 448

Bubbling under the surface for about a month or so has been a very big fight between myself and my cellphone service provide, Vodacom. It has been almost a daily battle, but I'm not one to constantly bitch and moan. Yes, we all laugh at the fact that I say "I don't complain, but ..." and then I send my cold coffee back.
The difference is that I don't just complain. I do something about what I'm complaining about or I put it down and walk away. I wasn't 100% sure about that until my little incident with Vodacom and the responses I got from people once I told the whole story, I realised that there is a vast difference between just complaining and knowing how you want to be treated.

I wish the story were simple, but I'll try?uncomplicate?it as much as possible.
My old Blackberry storm is just that, super old. I have been patiently waiting until I could upgrade it and decide to call to see when that was. The customer services person at Vodacom said that seeing as though I were such a loyal customer (like since the day cellphones came out) I could do the upgrade right away ... woo hoo!!!
I sent documents off and got a message to say my query had been opened and then next day I got a message to say it had been closed. When I called ... no one knew what I was talking about and I had to start again, which I did. Sadly, because of my package I couldn't get the Blackberry Torch and I really, really wanted it.

To make a very long story short ... Vodacom lost my claim twice and when it finally got to the correct department they told me it was too early for an upgrade. Well didn't I start to Tweet about Vodacom at that point? Yes, it helps to have nearly 12 000 followers when you are bitching about bad service. So I bitched and when they asked how to get me to stop I told them I wanted the Blackberry Torch as compensation.
Even longer story short, I got a point blank NO, until I Tweeted to the CEO of Vodacom and then I got a very helpful gentleman who made it all happen. Okay, so his department lost my papers once but that was because I faxed and didn't email (but how's complaining?)

And so, yesterday my Torch arrived.

After the news broke and had said my thank you's to Vodacom on all my social networks, a debate started about someone not bothering with pushing for service because people who complained annoy him.
People who complain annoy me too. But people who do something about all of the complaining that they express, well I have a great admiration for them. I believe that so does the person you are complaining to. I can't begin to imagine how many people merely pick up phone and scream at a customer services representative, but then never follow it though. How is customer services ever going to get rectified like that? But if each person complained and demanded compensation or to be heard and someone saw the figures of compensation making a dent ... who knows? I'm also the eternal dreamer and that's my theory.

This story goes a little bit further than just a Blackberry Torch. It goes to work that I do and the number of people I deal with who just complain about their lives. It is a rare handful who actually do something about it and realise that when you do you are giving yourself what you deserve.

I have no problem demanding what I deserve (although it's a new discovery of my personality) and the fight might be longer or take more courage and patience, but every time I do, I remind myself of just how important I am in this world.

On that note, I didn't end up lose a sponsorship. It does make me push my boundaries a little further but once again, I have no right to complain about an aspect of my life if I do nothing about it ... but that's for another day. Right now, I'm off to Lifeology's offices to make some magic!