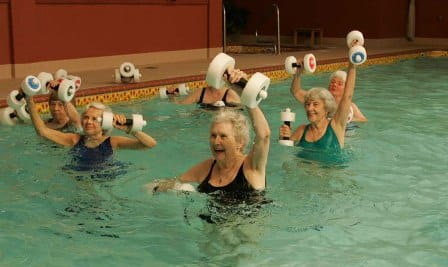 I'm sure the excitement will begin to seep through as this blog continues, but considering it's nearly 8pm and I've been anticipating this all day I'm going to get the 'big' stuff over with first.

Project Body has been long anticipated for me and all of a sudden it's here. I was doing swimmingly well and coping with everything until I realised that the time had come to post the weight, body mass and measurements for the world to see.

I have to unbelievably supportive partners for this journey. The first is Patrick Tendani, my personal trainer and the second is Niel from Slimlab. On the day they met each other, Niel told Patrick not to let me get away with anything and trust me I've tried, but we will get to that. Right now it's about the support that both Niel and Patrick have given me during the whole standing on the scale and whipping out the tape measure thing. Yes, the numbers are big but a part of me knew that they would be and both of these incredible men keep reminding me that the numbers are a science and are needed to test the formulas. I was fine with all the numbers as they slowly started to be written down but now that I have to type them it's very rough but a huge part of 'project me' is telling myself the truth and in turn telling telling the world so that I hold no shame. So here's step 1 ...

My height is obviously?relative?to the numbers so that's 166cm

Well that's done and it's officially the bravest thing I have ever done on Project me.

A big thank you goes to Patrick's brother Samson who was involved in the body analysis process and who was just as incredibly kind and tolerant of my fears and anxiety about the process.

So I finally went to my first water aerobics class and was as nervous as I thought I would be. I can't thank Patrick enough for the constant encouragement, sms's and pep talks that have guided me every step of the way, into a swimming costume at the gym and into the water. I was obviously the youngest person there by like 30 years and thought that would allow me to get away with taking it easy, but Patrick had other plans. He also had other plans about the hour of our gym sessions. I had visions of swooping in at about 8am. I think that's reasonable for a girl who doesn't do morning ... 6am!!! Can you believe it ... I will be there at 6am for 2 private sessions this week and then another 3 classes with very old ladies.

The whole point of needing the support around me is because I slowly began to realise that I didn't know myself well enough to trust what was good for me. No exercise of eating plan ever worked because someone else would tell me to do it differently and then I would be back to square one. Well, that's already happened in the short week that I have been doing Project Body and it took a whole lot of trust in the process to settle into an eating program that actually allows me to have carbs at night. Slimlab is a science and so is the eating plan ... on that I trust, but might not necessarily trust my body on it just yet. I hope that makes sense to some of you.

The article for Curvy SA was written today and those numbers are there too. I did a grocery shop yesterday and got all the necessities I need and I had my first ostrich hamburger today. Around me, my friends at chocolates and chips and my family had pizza and somehow I managed to get by without anyone making any fuss about my different choices in food at all. Maybe a few things were an excuse to begin with ...