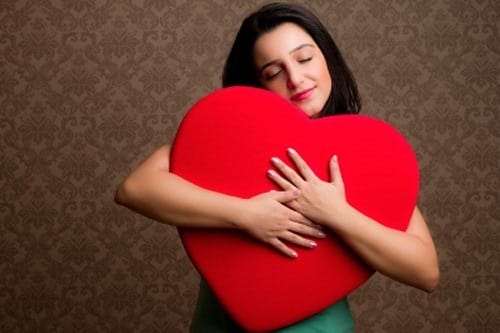 When did the journey of self become labelled as narcissism? - Project Me post 1075

Sometimes it takes me a while to wrap my head around the world's perceptions and what is thrown onto social media, by all who are now judge, jury and prosecutor. I am constantly wondering whether we got worse as humans or if we are only noticing it now because of the millions of Tweets that anyone can throw into the world.

I'm usually sitting on the sidelines and empathizing with the latest victim of the self appointed critic, but not so long ago, I was on the receiving end of the malice that is rife in social media.

After returning from my USA trip and having shared my story, with such passion and self pride, because it is the cornerstone of #ProjectMe, I was called a narcissist on Twitter. My favorite part of the story is that I've never engaged with this person and they weren't even following me.
Now I'm going to judge and presume.

I'm going to presume, that in a string of a few dozen Tweets, this person's followers were posting quotes from other people, asking for Retweets of someone less fortunate than themselves, re-posting an image of dead bodies or rescued ones or ripping to shred the latest victim of social stoning.
I've been a happy Tweeter since early 2009, but to be honest, it's become a place filled with all the wrong intentions. My favorite was chatting to new people from all around the world, some of who I'm still friends with today. I haven't made a new friend or genuine connection in well over a year, because people aren't there for that anymore.

?Unraveling what it means to be a narcissist is supposed to clinically diagnosed, as if you were manic depressive or OCD. It's now become a term that's bantered around and is only causing more judgement, because how much is enough self praise, self love, self respect, self worth when the whole word is waiting to make sure that you save a kitten, a puppy, a tree, give a homeless meal to someone else ... is that before or after you feed yourself?

This is why I haven't been able to write for a few days ...
Because if I don't say this I'm going to explode or turn my passion for #ProjectMe and love for social media into a pool of resentment and I love myself too much to do that.

At some point, social media turned the world's attention to what makes the new hero or who has the loudest voice, in the mass noise of millions and everyone started to fight for that attention, figuring out the way to shout the loudest. Two things seem to have stood out most ... save the world all on your own or be tagged as the person who managed to coin the nastiest comment about another human being. I really haven't been able to see much else going on in the world of late. In that light, I would have to fess up and admit to being a narcissist, because I don't want to do either.

I know my following is big and I can't begin to tell you the number of messages and Tweets I get a day, all where I've just been randomly tagged in, in the hope that I will Retweet someone else's post about their plight to save the world or show that they are more charitable or compassionate than the rest. Sadly, those same people never Retweet a blog post of mine or favorite a picture of my expression of self love, because I think they are too busy searching the news channels and waiting for the next tragedy to strike or human to flounder, so they can jump back up and fight their way into the limelight.

I give to charity. I do my bit for the world and I am determined to make both my mark in it and a difference to it. My social media presence has and will always be the same ... it's me, in my world, sharing my #ProjectMe story, in the hope that some people catch onto the message and give themselves permission to put themselves first and not have to play into the expectations of the masses.

My parting thought and #ProjectMe lesson:
If you have not filled your own cup first, with self ... love, worth, respect, money, patience, kindness, happiness, abundance, then you have robbed yourself of all the world has to offer you. Once that cup if full, it will run over and you will be able to give of charity and kindness in any form, but you will also be so fulfilled that you will never feel the need to let anyone know what you have done. Then you will shine bright and people will make you as the one who truly changed the world.

7 comments on “When did the journey of self become labelled as narcissism? - Project Me post 1075”