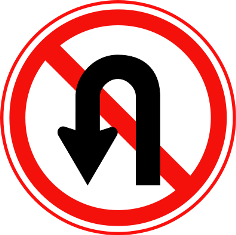 That's a good indication of the space I'm in. Well, maybe it's not the wisest idea to drive the hysterical rush of emotion and realisation with coffee, but I keep a sugar free and pretty healthy house, so when the wheels fall off, I realise the errors of my way. Nothing unhealthy here but sugar ... and coffee.

Why the hysteria? Why the chaos?

Well, I've had a very interesting realisation or two in the last few hours and it's gonna take some processing. Firstly, for the first time in ages, I'm thrilled to be blogging. That's one of the huge?epiphanies!
When I started the blog I had other teaching outlets and my blogging space wasn't meant for that. It's something that I've managed to do for well over 800 days, but today something happened ... and I think it changed my blogging space ... maybe forever. There's something about having moments of consciousness that I've always wanted to share with the world and in a moment of absolute chaos today, all I wanted to do was get home and blog my thoughts, my lessons and my moment of consciousness:

I've woken up jittery over the past few days, battled to blog over the past few weeks and not been able to see my bravery or awesomeness through the noise of fear and chaos in my head. I'm very good at reminding myself that I have the ability to operating in pure face and I have glimmers of slipping into that space of faith, before heading back into the drama of life.
I had one of those days today, where the day was filled with opportunity, yet I was literally so nervous that I wanted to curl away and face everything another day. A great distraction came when Greggie needed to fetch his car from a service and I thought that would be a great way to waste time. The other side of me, the faithless side, hates driving that route when there's lots of traffic and I wanted to fetch Pat first so he could do the driving. He was out ...

It was supposed to be easy enough.
Then the traffic light turned red and Greggie was a whole lot of car ahead of me. I could see him on the corner, but the second traffic light caught me and at the T junction I was lost.

Luckily Pat's GPS was in the car, so I grabbed it (couldn't find the bracket, of course) and found 'home'. Sadly I had already taken the wrong road and I had no idea where the hell I was. The GPS told me to keep right and I, holding it in my hand because the clip was nowhere to be seen, I got too flustered to move lanes and missed the turn AGAIN!
Greggie called and I didn't have time to talk because I was hysterical, but chatted for long enough for him to tell me that I was on the right road. Never mind the fact that I was holding GPS in my hand and at the top of the screen I could see that it was taking me home.

All of a sudden I had no choice but to calm down and trust the process. Um ... isn't that the fundamental life message?
I had a guiding light in my hands, knew that it would take me to where I needed to go and even if I took the wrong turn, it would still find my home. It would make any road the right the road, even if it meant going the long way round, but all I had to do was calm down, have faith and trust the process.

Wow, for someone so connected to myself, to Goddess, to the consciousness of the power of faith, I sure don't have the 'calm' to trust t process. That's the issue. I have faith, but I'm not calm in the space of having faith. I doubt the very signs that guide me. I doubt my ability to look around and see what I know (as Greggie pointed out, I've driven that route with him dozens of times).

I'm on a road. It's the right one. It might not lead me directly to where I want to go because of the choices I've made along the way, but it's taking me home.
That's the trickiest part of all ... the part where you first have to know where home is. That's where your dreams lie waiting for you to find them. That's where the pot of gold is at the end of the rainbow. I'm fortunate enough to know where my 'home' is ... and maybe I should share the story of how I got to know what ... Tomorrow!