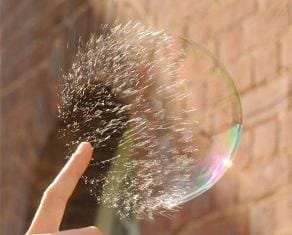 I can't believe the day is nearly done and this is the first moment I've had to sit down and blog. Reflecting on the hours I have a picture of a day that truly bounced between moments of perfection and disillusion. I know life is supposed to be like that, but some days the pendulum swings so rapidly that it feels as though I'm going to fall of the edge of the my world.

I think of Soldier Guy in the middle of the icy depths of Canada and I know we don't even begin to get the concept of winter here, but it was freaking freezing this morning. I only had a meeting at 10am and still I was petrified to face the cold.
The morning was filled with excitement and the prospects of a new sponsor (that I will soon be calling 'partners') in Project Me and more specifically, Project Body. Straight after that I had a meeting with an SA magazine that I have heard so much about and I have been looking forward to meeting the team. I wouldn't have the courage to go ahead with 'project body' if I didn't have the support of some very special people. One of those people is 'project me' sponsor, Niel of Slimlab. It made the moment even more thrilling knowing that Niel would be a part of both of the meetings.

All dressed up and heading out into the cold was tough enough, but when my poor car wouldn't start (again) I felt completely?disillusioned. Clearly something is wrong! It's either the battery or something draining the battery and there truly isn't the finances to have car trouble now. I'm not a 'why me' girl and I don't believe that we are punished by the gods, but I did throw my hands up in the air and give a glare to whoever was looking down on me.

The rest of the day went pretty much the same ... awesome meeting, and I officially have a personal trainer. It might be all exciting but I'm not a morning girl (seriously) and exercising with this back injury scares the living daylights out of me. I'm blessed that Patrick (who I will introduce to you formally in an upcoming blog) is so spunky and excited about this venture of ours. I'm also blessed to have Niel tell Patrick not to let me get away with my antics (shit) even if I burst out crying ... and we all know how often I do that. I have gym at 8am in the mornings from the week after next and don't anyone dare tell me they go to gym at 5am ... I can't help it if you're nuts!

It's always glaringly obvious that Lifeology's philosophy is so different when we try and collaborate with others and I am feeling the pressure of making sure that our philosophy and that of the magazine align, but that's what Friday's meeting is about.
While sitting in that very exciting meeting and breathing life into 'project body', I got an email telling me that my proposal to socialise a company online had not been chosen over another company. I would have been gutted were I not sitting amidst so much positivity ... unfortunately positivity doesn't pay the bills and I feel the stress mounting.

Isn't this just a typical end of the month post? Money! Stress! Doubt!

And then I get asked to socialise a prominent SA personality! I get to set up his blog and website for him and help him use all his social platforms to his advantage. I'm so excited I don't know what to do with myself.
In that very breath, there are some technical things I can't do on the blog and although I'm happy to help him out, not everyone else is on the same page with energy exchange as I am. So excitement turns to a bit of fear about tomorrow.

When I stress, I cough and a lung almost detaches from it's tendons (or something anatomy life that) and after a phone call to find out why I didn't land the job, the coughing spree began. The tipping point is that the other company was hired for a whole lot of reason that has nothing to do with the online platform. Being well connected has nothing to do with creating the right platforms for social media ... but I felt better understanding that it wasn't my offering or my quote. It's still yet another 'no' from a once was potential client.

I can give you a whole lot more examples of the yo-yo my day had, but I think we all get the drift! This morning I was doing my visualisation and imagining the successes, work, published books, online presence, public appearances ... blah, blah ... but most of all, I saw the impact I made in the South African?psyche when it comes to the online space. I saw South Africa actually getting the concept, implementing it and catching up to the rest of the world and that made the roller coaster ride a little more bearable!