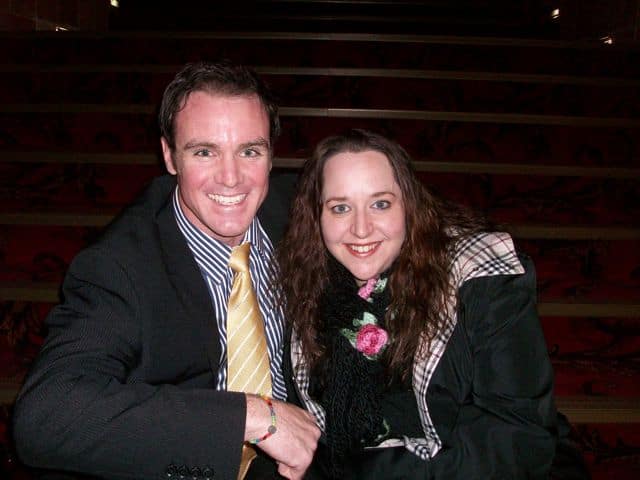 I always wondered how this would be. The first time I would need to blog and I had a man in my life. It's one thing to be in my own little bubble and have such a hefty commitment, but it's another when someone shares your day and you have to find that moment when you say, 'babe, I need to blog.' Considering I've known Mr Unexpected since way before the blog and he's supported me all the way, it has made it much easier.

I haven't been in a relationship (which we are currently calling 'a thing' until we both catch our breath and realise how quickly a lives can change) for a very long time ... VERY ... v.e.r.y ... long time so it's taking some adjusting. Anyway ... he's fast asleep now and all of a sudden I realise that there will always be this perfect moment when the world slows down long enough for me to blog. I think the dynamics of this whole turn of events is truly worth thunderous applause.

The Gossip Guy and myself have officially stolen it as one of the best lines of the night from the theatre production we saw last night. Sadly, one of the first things we give up when money becomes tight, is luxuries like the theatre. In the meantime, it is exactly what the soul needs to remind us just how much we can laugh, cry and applaud about.
I have to confess that 'project me' and money are still not the best of friends at the moment and I have been saying 'no' to maybe a few to many things or held my breath when it's time to say 'yes' to other things, but there was no saying 'no' to Doo Bee Boobies. There's another reason to burst out in thunderous applause. No regrets ... I had the time of my life and was in awe at the talent that South Africa always boasts and we shouldn't be able to get enough of. One of those talents is Stephen van Niekerk who has been generous enough to offer his time to do the 'your project me story' and been an awesome support in his belief of my social networking abilities.

I met Stephen van Niekerk at a CANSA function last year and the hot topic at that time was blogging. I can't believe I even remember that day because I was still dosed up on meds to get through that event after my back injury. I carried on blogging and Stephen carried on being fabulous and we met in the middle where social media and friends collide. It's one thing to watch someone on television but totally different to?experience?talent within the realms of live theatre. I was totally wowed at the whole cast but so refreshingly surprised that, amidst all the comedy, Stephen had my wiping a tear with his magical singing voice to top of the acting ability. Well done on your comfortable nakedness up there on stage!! Absolute thunderous applause!
The irony is that Mr Unexpected was all of a sudden in my life and I had plans before weekends had a totally different meaning. So I did what any girl in my position would do ... I left him with my mother!!! Remember, he's been around for quite some time, so I wasn't one bit surprised when I walked in the door and was half greated by the duo who were having a good giggle.

Now that we get to talk on a totally different level, Mr Unexpected has tried to understand how blogging is possibly going to make me money. He's of the mindset that you have something to sell and you sell it when times are tough. I have me to sell and I know how tough it's been. If it were not for a few turn of events I wouldn't be too sure how to answer then man who genuinely cares about my happiness and financial worries. But then someone recognises me abilities as a blogger and social influencer and I feel completely different thanks to 3 incredible moments all in the same space.
Ican't begin to count how many incredible productions I have seen at the Joburg Theatre and unless you are a blogger with a platform to share other people's stories, it's difficult to understand the energy with which I attend certain events. No, I might not get paid to blog, but when I am invited to blog about them, I am reminded that I am doing the only thing I was put on this earth to do. I am living my dream and I will continue to do it will be fulfilling in every possible way ... I hope sooner than later.

So the magnificence of the Joburg Theatre and the belief in my from my dear friend, The Gossip Guy, has me attending to upcoming productions, Burn the Floor and Gilan Gork, Mental Circus (who was also interviewed for Your Project Me Story). I'm beyond excited to have been invited, but I'm also cheering with thunderous applause that I have someone STRAIGHT and mine to share it with. Of course it was tough to know that Greggie wouldn't be automatically joining me for these two events and I know that it's the baby steps to maybe a whole lot more ... if Mr Unexpected and me decide that 'our thing' is the real deal! I also know that this is what my best friend and I have been saying all the time ... we are always there for each other, but equally happy when we share our lives with another.

But for now ... back to cuddle (thunderous applause).

2 comments on “Worthy of thunderous applause - project me day 540”