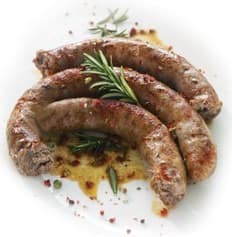 For those of you who don't live in the land of the traditional South African meat dish called boerewors. It's a sausage that means 'farmer's sausage' and it's beyond yummy. The reason why it's so important to introduce you to it or tease my fellow South African's with the thought of it is because boerewors is never eaten alone. It's alway surrounded by far too many other yummy things and carbo-overload is top of the list.

Yesterday wasn't the most eventful as activities go. Wake up ... eat! Blog ... eat! Watch a movie ... eat! Have lunch ... um! and so the day went on. I'm not directly pointing a finger at my sister and brother-in-law but they did cook all the food the whole day. Who can blame the bride who hasn't been having the best food time before the wedding so post occasion she's having her favourite things.

There's no gun to my head, but the new relationship I'm forming with food, I am finally getting quantity and 'desires' right. NOT YESTERDAY.

It's official ... we go into autopilot of old patterns. I could actually hear myself saying to me that I didn't want to eat that or I had had enough of eating that, but I just kept going. So I gave myself a gift ... I watched the old me consume me!! I didn't get mad or frustrated with myself. I remember this happening twice in my life before. Once when I quit smoking and once when I was obese and started to deal with it.

I remember sitting in front of the mirror and watching myself inhale smoke like an alien had landed from Mars. Even though I had smoked since I was about 16, it became totally foreign to me.
The second time it happened ... well that was the last day I ever ordered 2 hamburgers, 1 packet of large chips, one tub of fried calamari and an ice cream. ?Yes ... that was my quantity of comfort food.

Yesterday wasn't nearly as insane but it was mad enough. It also gave me one of the greatest gifts I've given myself in a long time and one just as powerful as the other two moments that were life-changing. I know it was so impactful because of how I woke up this morning ... fearless of ever going back!!!!

The timing is perfect because other fearful things are starting to creep up and I would usually hide behind food.
I'm not great at traveling on my own ... not even to a new building a few minutes away from home. No jokes ... but my dad left me in a restaurant when I was about 6 and I thought he was never coming back. There were no cellphones in those days and what seemed like nearly the whole day was under and hour ... for a little girl to think her daddy forgot her. For some reason that freaked me out for all eternity and I have this crazy notion that I will get lost and never be found again! Yes ... I'm 37 and it might be time to get over that.
So this week I'm going to a meeting where I am going to follow directions and find my way through buildings and next month I am flying to Cape Town all by myself too! ?For a girl who wants to travel the world and tell my 'project me' story ... I thought it was a good time to start!! No addiction to cradle me ...